Freedom of navigation is one of the oldest and most recognized principles in the legal regime governing ocean space, stating that all nations have the right to navigate international waters without restraint.

Even the United Nations Convention on the Law of the Sea (UNCLOS) makes ample reference to it, as well as when it comes to innocent passage through a coastal state’s territorial sea. Both concepts go hand in hand. In fact, a vessel may traverse the coastal state’s territorial sea continuously and expeditiously, not stopping or anchoring except in force majeure situations, being considered its passage as innocent so long as it is not prejudicial to the peace, good order or security of the coastal state [1].

The US hasn’t ratified the UNCLOS yet due to Republican opposition in the Senate. Nevertheless, even if it sounds contradictory, since 1983 US Oceans Policy says that the country is willing to exercise and assert its navigation and overflight rights and freedoms on a worldwide basis in a manner that is consistent with the balance of interests reflected in the UNCLOS, and will not acquiesce in unilateral acts of other states designed to restrict the rights and freedoms of the international community in navigation and overflight and other related high seas uses.

In this context, despite the Department of Defense (DoD) almost never reveals the details or occurrence of particular FONOPs, in the US DoD Freedom of Navigation Report for Fiscal Year 2016, published on February 28, there is a summary of coastal states whose claims to sovereignty, sovereign rights or jurisdiction over ocean areas are considered by the US as inconsistent with the terms of the UNCLOS (“excessive maritime claims”) and have been challenged by the US DoD operational assertions and activities, “in order to preserve the rights, freedoms, and uses of the sea and airspace guaranteed to all nations under international law”.

That being said, in light of some specific scenarios of contested hegemony or instability where freedom of navigation is at risk, US FONOPs could be considered as part of a broader idea known as gunboat diplomacy. James Cable defines this concept as the use or threat of limited naval force, otherwise than as an act of war, in order to secure advantage, or to avert loss, either in the furtherance of an international dispute or else against foreign nationals within the territory or the jurisdiction of their own state. According to Cable, the distinguishing characteristic of gunboat diplomacy, aside from the employment of warships, is its reliance on coercion. In fact, the author emphasizes that coercion is implicit in virtually every aspect of international relations between benign diplomatic intercourse and the outright declaration of war.

Let’s focus on the Asia-Pacific and Middle East first, where China and Iran are respectively among the twenty two countries cited in the DoD report mentioned above.

According to the US, nothing in the UNCLOS negates the right of military forces of all nations to conduct military activities in the exclusive economic zone without coastal state notice or consent. China insists that reconnaissance activities undertaken without prior notification and without permission of the coastal state violate Chinese domestic law and international law. Furthermore, China argues that the rights of innocent passage guaranteed by Article 19 of UNCLOS do not apply to warships in its territorial sea, requiring prior permission. This created a disagreement which has persisted over the years, leading to several incidents with the US Navy ships patrolling the area.

Therefore, it’s no surprise that major island development activities on the Paracel and Spratly Island chains by China is at the center of the controversy in Sino-American relations. In his Senate confirmation hearing, Secretary of State Rex Tillerson said China should not be allowed access to islands it has built to extend its maritime reach in the contested South China Sea. Despite not being a claimant to any of the disputed areas rich in natural gas, Washington insists it has an interest in maintaining freedom of navigation in those latitudes. Certainly, the US is not willing to cede its role as American Pacifier amid Chinese growing presence, using its sea power to send a clear gunboat diplomacy message in order to stop all maneuvers related to the artificial islands. In fact, on February 18, US Carrier Strike Group 1 —headed by the Nimitz-class aircraft carrier USS Carl Vinson— began conducting routine operations in the South China Sea on its first patrol since Donald Trump took office in January 2017.

Miles away, the Strait of Hormuz is also subject to controversies surrounding freedom of navigation, presenting an interesting legal situation. In brief, Iran hasn’t ratified the UNCLOS, but it has ratified the 1958 Geneva Convention on the Territorial Sea and Contiguous Zone which says that during peacetime the coastal state could prohibit the passage of any foreign-flagged vessel if it considers it as non-innocent. As the narrowest point of the Strait of Hormuz is twenty-one nautical miles, all vessels passing through the Strait must traverse the territorial waters of Iran.

Regarding this case, US gunboat diplomacy applies specifically when considering Iran’s ability to harass international shipping and, most importantly, block the Strait of Hormuz, as it is a crucial oil transit choke point. In fact, it doesn’t sound crazy to think about such scenario in times in which Obama’s nuclear deal is under review after Trump called it "the worst deal ever negotiated". In order to avoid the mentioned situation and to ensure freedom of navigation in that unstable region, in the absence of an international agreed ultimate enforcement mechanism the US Navy carries out FONOPs which usually lead to encounters involving the firing of warning shots by the Americans to Iranian vessels.

Back to this year’s US DoD Freedom of Navigation Report, one South American country in particular draws attention. This is the case of Venezuela, a state with which Washington is likely to have adversarial relations in the near future in the disputed waters with Guyana, which are actually considered by Venezuela as part of its Zona de Reclamación.

Former president Chavez nationalized ExxonMobil's considerable assets in Venezuela in 2007, and the losses were a big blow to former CEO Rex Tillerson, who reportedly took the seizure as a personal affront. Moreover, in May 2015 president Maduro established by decree specific areas for the Bolivarian Navy to patrol (ZODIMAIN) included in the disputed zone, soon after ExxonMobil made a statement about a major oil reserves discovery there. Before this, in 2013 an armed Venezuelan vessel detained a seismic research vessel contracted by Andarko Petroleum Inc. which was in the disputed waters, stating that the vessel was doing such work in their exclusive economic zone.

In the event of a desperate move made by Maduro in order to cover domestic failures and regional lack of support, the interdiction of vessels operated by an American company exploring or drilling for hydrocarbons could quickly involve the US, meaning a rise in America’s FONOPs in the maritime contested area to deter Bolivarian maneuvers, making clear US intentions to guarantee freedom of navigation under gunboat diplomacy. Anyway, in case this situation turns into a hot spot in US foreign policy under Rex Tillerson’s years, one could possibly think about Law 19 from Robert Greene’s best selling debut The 48 Laws of Power: “Know Who You’re Dealing with – Do Not Offend the Wrong Person”.

A quick view at the (possible) near future shows that the Arctic Ocean is also likely to see a new FONOPs scenario for the US, where changes in the earth’s climate, newly accessible lines of communication and undersea energy riches are conspiring to create a 21st-century contest for the seas. The US will be compelled to defend its interests there because of its Arctic-State condition, in a context where Russia, among other countries, is preparing its sea power without haste but without pause, while cooperating in the framework of the Arctic Council.

At this point, the importance of the sea makes hard to forget the lessons learned from the American naval strategist Alfred T. Mahan, who once said that controlling the sea by naval supremacy means predominant influence in the world. Therefore, the US Navy possesses today not only the most ships by far of any navy worldwide, but also an unrivalled global reach, able to perform its role as part of America’s foreign policy. It’s just a matter of time to see how the concept defined by James Cable is applied in the years ahead in order to ensure freedom of navigation and, most importantly, how it fits under the umbrella of America First Foreign Policy.

[1] According to Article 19 (2) of UNCLOS, passage of a foreign ship shall be considered prejudicial to the peace, good order or security of the coastal state and thus in non-innocent passage if, in the territorial sea (less than 12 nautical miles from shore), it engages in some of the following activities: 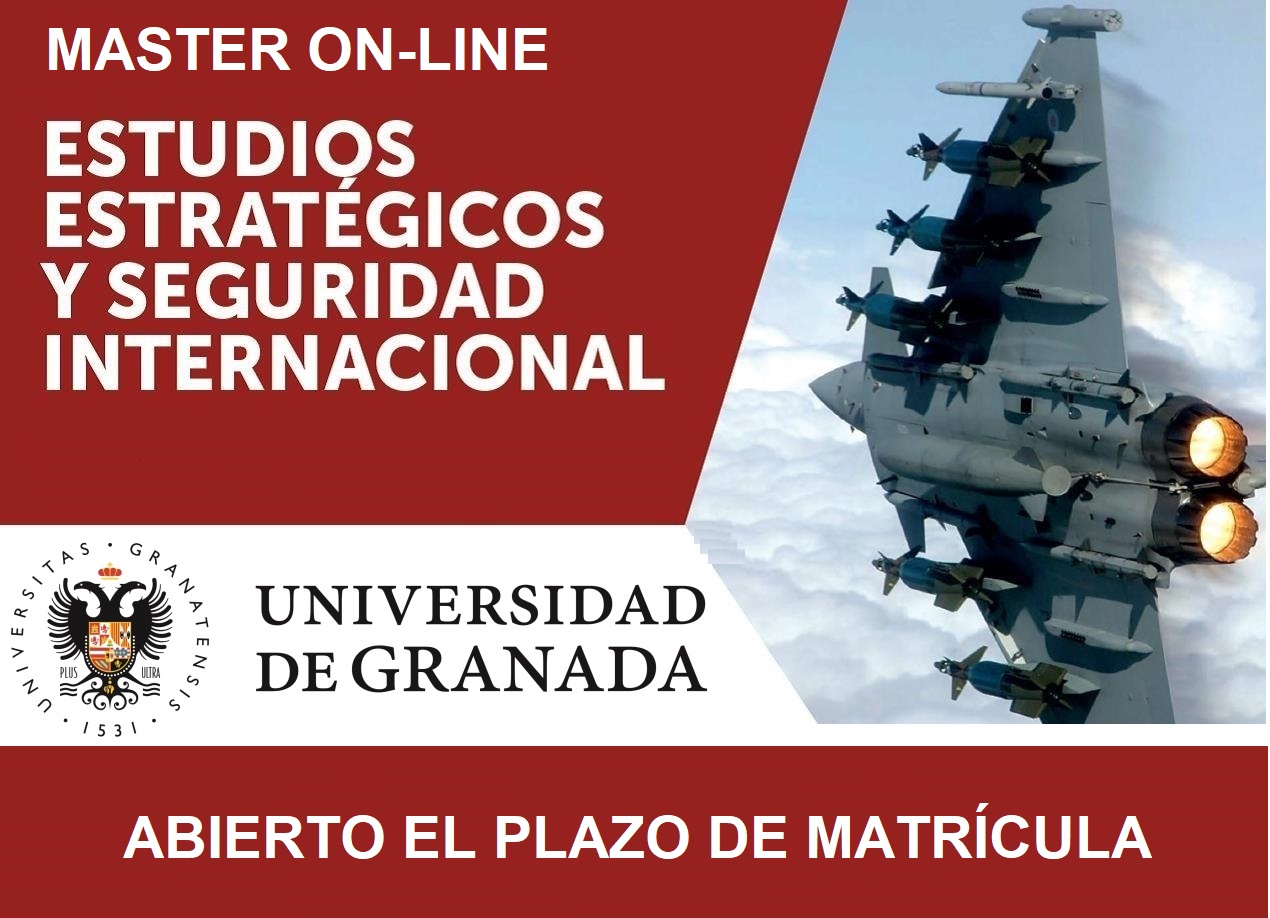